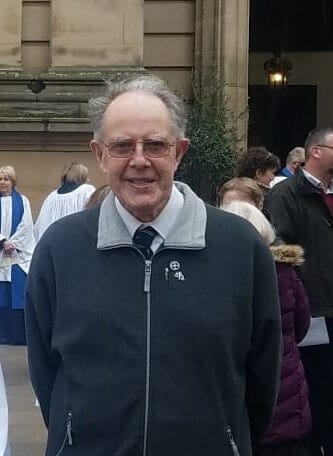 I’m a retired secondary school teacher, who trained as a Reader after leaving full time teaching in the 1990s. My subject specialism was Science, mainly Physics, so my aim is to get people to think scientifically about their faith – which can be hard work! Starting while in teaching I spent a number of years sailing, both taking young people dinghy sailing in Birmingham, and as sea staff on a sail training vessel, so I’ve sailed (and dived, but that’s another story) round much of the UK’s coastline.  I’m particularly interested in green issues, in social justice and I’m involved with Lunch Club. I also support my wife, Gill, in her role as Traidcraft Co-ordinator.